I’ve had an issue for some time now…

It’s slowly become more and more prevalent and I feel that it needs to be addressed.

I remember how growing up, I used to be able to casually flip through the television stations and not have any issues seeing things that I didn’t want to see. Ever since I was about 17 I have carefully chosen what I watch. It’s not that I have a problem with all things mature, it’s that I have a problem with un-necessary “mature themes” … I mostly shy away from things that show excessive gore (except for The Walking Dead, which I generally look away from when it becomes too much and Hannibal- same issue) and things that have gratuitous cussing and nudity. Gratuitous in this particular regard not meaning “over done” – meaning “not at all essential to the plot” …

Look, if Norman Bates could kill a woman in the shower without showing nakedness for more than a split second, and it was still one of the most shocking scenes in cinema history, then I’m convinced that nudity is not ever TRULY essential (except perhaps in films about war/ and the holocaust).

I know, I know, people call me a “prude” or “I don’t understand” or some junk… but, honestly? Acting is acting… When there’s a beheading in a movie, we know it’s fake/ pretend.

However, you can’t “ACT” naked. If you’re naked, you’re naked…and if it’s being done for sexual reasons, that’s just exploitation.

Regardless, plenty of stories/ movies/ shows now days seem to think that over-sexing and “nudity” are an “absolute must” …

I recall there being a time where there were things on television that I couldn’t see… so, simply put, I didn’t watch them. But, they were never so completely off the wall that an accidental glimpse required eye bleach.

However, due to this new phenomena known as “TV rating” – now just about anything goes.

And that, my friends… is the problem.

I don’t know when it happened but at some point in the recent world we began pushing the limits even more so from “nudity” being breast shots and bums for a few moments to being full out pornographic material.

Very few rated R films have as much sexual content with blatant disregard for anything sacred as some of the shows that are TVmature… Now, it seems that every other show has to push the boundary on what is appropriate and what exactly can be shoved into that “tv-mature” rating.

I really believe that this is out of control.

It used to be “stay away from such and such channel…” now it’s “oh, look, Game of Thrones is on… breasts, breasts and more breasts…” and why? Are we not able to carry stories anymore without persistent sexing? If you go and look at the rating on IMDB it’s amazing… it just goes on and on and on…

I really don’t get how people can justify watching this type of stuff, but regardless, even if they do (and I’m really not here to judge) – TV – mature is getting wildly out of control… I really just think it needs to all be put on one channel and one channel only and let the rest of the shows with GOOD stories be out and about with minimal junk.

Hello.
My name is Lisa,
And I am an emotional manipulator… 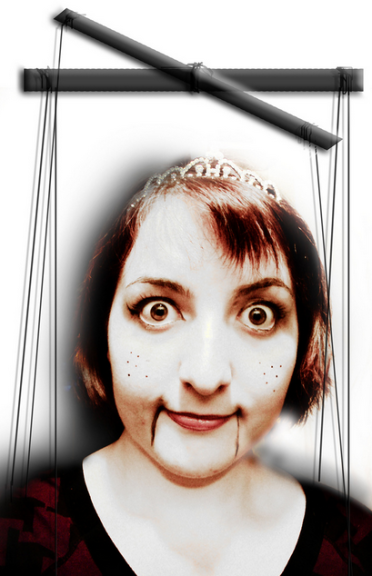 *phew* it took me years to learn to say that. YEARSSSS… I should say that the previous statement was more “passed tense” than it is “present tense” but, I’m still working on this.

You see, I live in a world of young people who don’t consider these things, so I’d like to bring them to light by way of sharing some of my own experiences in emotional manipulation.

When we hear the word “manipulation” or “You’re a manipulative person” we cringe and buck and balk and immediately say, “NO I’M NOT!!!” … and that’s because like so many other things in this world there are DIFFERENT KINDS of manipulation. The same way that there are different kinds of love, mercy, forgiveness, etc…

When we hear manipulation, we honestly think of a person (and or fictional character) that is “out to get people” … We think of Regina George in Mean Girls saying, “Oh my gosh, what a BEAUTIFUL SKIRT!” because she wants EVERYONE to love her and then turning towards Cayti and saying, “That is the ugliest effing skirt I have ever seen…”

You’re not like that in the slightest… ARE you? 🙂 I certainly wasn’t. In fact, there had been times where I had been blatantly honest. A girl at church came one time wearing an unflattering, horrible yellow dress that was basically blinding. When I was asked what I thought about it, I said, “I don’t like it. I don’t think it flatters you…” I was picked on for days lol.

So how in the world was I manipulative?

The truth is this…

If you are overly expressing your emotional state to people when you want something, then you are being emotionally manipulative.

This could be construed and rehashed and rephrased several different ways, but it’s the truth.

Wrong… You have made a decision and you can NOT blame the group for “not including you” or not “deciding to do something else” to “include you”… Crying, whining, not listening, back talking, or becoming bitter and/or angry are all forms of emotional manipulation.

Because whether it’s your boyfriend, your husband, your spouse, your BEST friend, your friends period, or WHOEVER… the point is this- You KNOW deep down that they care about you… so in reality, crying, whining, back talking, etc is YOUR WAY of asking them to reaffirm that they care about you by making YOU feel more comfortable and making sure that THEY don’t leave you out by doing this thing that you don’t want to do…

Come on! They HAVE TO! Why ? Because they CARE about you! You KNOW that they care about you… so, what do you expect them to do? Show that they care! They’re not going to suddenly become pricks and be all, “Boo hoo, too bad for you,” and walk away. They’re going to console you (even though the problem is yours) and change their plans to accommodate you. (at least, that’s the goal, right 😉 😉 😉 )

Let’s say that your two closest friends want to go to “Mary Anne’s” house, but you don’t really LIKE Mary Anne so you decide not to go… LET THEM GO and don’t have “issues” because they went without you… Your “not liking” someone doesn’t change the fact that they DO like Mary Anne and that they were invited (as well as you) and you DECIDED not to go. IF you’re going to make a decision that puts YOU in a bad mood, then don’t make it. Don’t “feel left out” or “not wanted” … don’t “blame” your friends OR Mary Anne for your decision to exclude YOURSELF… Have a good time on your own, let it go, don’t be mad at your friends at ALL… It was YOUR decision.

If your boyfriend / spouse wants to go out with the guys (so long as they’re not doing something that you’ve agreed is not okay in your relationship), and you don’t want him to because of your own “insecurities”… don’t piss, whine, cry, mumble, belly ache, throw things, etc even just being plain indecisive can be manipulating/ wandering around looking sad/lost/ hurt… not good… this is all childish behavior and is basically ASKING for your boyfriend/ husband to do one of two things… show you what a JERK he is (by saying “whatever” and going anyways) or ruining HIS night by making him stay home with you… because that’s what he’s supposed to do… RIIIIIIIGHT? He should CARE about your feelings… and he DOES…

Let’s say that someone is trying to let you down easy/ break it off with you… Don’t cry, bitch, ask, beg, plead a case, talk about past failures, etc… They’re trying to tell you in the nicest way possible that they are done with this stage of your relationship. LET THEM GO! Don’t try to “keep them” by whining about it… You know the person well, and if they are a good friend, then they have one of two options… A, be a dick and say ‘screw you’ … which basically confirms in YOUR mind that they’re an evil person… or B, to “comfort/ console” you and “stand by your side…” … This is not okay.

If a person has been clear with you about their feelings in your relationship… you need to respect them. Go vent/ cry/ blab to another good friend about all the past stuff. Let the person trying to let you go, go. That’s what they need. And if they don’t fall for your belly aching, don’t turn around and tell everyone what a creep and horrible person/ friend they are…

Same with any of these other scenarios…

You see, when you do these things, you’re playing on someone’s emotions. You’re letting them know that you are DISPLEASED with them and that they SHOULD (in effect) care MORE about YOU than anything that they want… which isn’t okay. And unfortunately, it’s contagious… ONCE a person learns that they can do this to Nice guy A, or Friend B… they’ll continue to do it because they learn (subconsciously) how that person will respond. “If I cry… then she does THIS! WOW, she REALLY cares about me! And I can get what I want!”

Never mind that this is selfish and horribly “five year old” of you… and honestly? Everyone can see it and knows it too…  And the worst part of this is that if a person who knows you well feeds into it, you can start to use it more frequently, and with more and more things until you are (essentially) the person who is in complete control by exploiting the other person’s emotional state.

MANY people don’t even realize that they do this…

And honestly? I’m not “mad” at the people who do. I USED to do this all the time. I used to sit around and whine, complain, bitch, become bitter, angry/ throw stuff, for stupid stupid, stupid things… I’m slowly letting that fall off of me as a person. Because I’ve slowly come to realize that this is all MY fault, MY insecurities, MY fears, MY problems and that it’s all based in that very thing… “ANXIETY”...

Other ways that you can emotionally manipulate-
Constantly redirecting the conversation to be about you… (“I hear what you’re saying but MY feelings are more important…”)
Lying… (“Well, I feel REALLY REALLY REALLY sick right now…”)
Being blunt to make someone feel bad/guilty when such things weren’t necessary and could be said privately. (“Remember that time that you talked to BARBARA all night long? YEAH! THAT’S why you can’t go out with the guys…”)

6 Do not be anxious about anything, but in everything, by prayer and petition, with thanksgiving, present your requests to God.
7 And the peace of God, which transcends all understanding, will guard your hearts and your minds in Christ Jesus.

You as a person have to be honest with yourself about your own insecurities. If you’re afraid, then ADMIT IT! And instead of getting down on yourself, either try said thing you’re afraid of, OR don’t… but don’t blame everyone else… It is YOUR issue to deal with/ handle.

Don’t hold on to people… LET THEM GO… and trust that the Lord has more in store for you.

Understand that this behavior is not okay, it hurts others and makes them think of you in certain ways, it causes grief in relationships and allows you to rule over people by emotional exploitation, and in the end? It really doesn’t help you out at all. 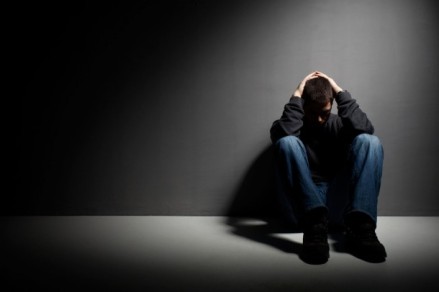