A young friend of mine recently asked me to join her page for a  “modesty movement.” I declined. I absolutely applaud her efforts as I believe that they’re Godly, and true, and I think that God will bless her in that. I’m not banging on her at all. I believe that God uses those things and that they have a place… but this post is (after all) about why I will never accept such movements.

I should start out by saying that once upon a time… many many years ago now (I was probably twenty) “modesty” was “hot to trot” and I was all over it. I wore long pants and t-shirts where-ever I went. Shorts that were at my knees, and never let any part of my body that was “un-Godly” (as I’d been told) show.

(For me) This was a mistake.

Now I’m going to highlight why.

I learned as I got older that modesty was a “tricky” if not “trivial” thing. How much was too much? Am I evil if I wear a bikini to the pool? (not like I have the body for it, hahahaha). Should I go to the pool at all? What about all of those other girls that are at the pool with perfect bodies in bikinis? Aren’t the guys looking at them?

And here was where my problems with modesty movements began to unfold.

People make the assumption that the bible is full of scriptures that tell women to dress appropriately. Actually, do a bit of a search on google and you’ll find that it is not. Even Gotquestions.org (which I go to from time to time) twists some of the scriptures regarding “modesty” to make it sound as if it’s about a woman’s dress code. Many of them in fact, are not. The first verse quoted for instance (from Timothy) is actually about over adorning oneself. In fact, he says as much. He talks about “braided hair” “gold pearls” and “costly attire” … So if we are to take this scripture in context, it literally has nothing to do with a woman wearing a skirt too short. He is referring to the idea that women who spend all of their time putting on tons of makeup, expensive jewelry, and buying all of their clothes at expensive prices is not “modest”…

The problem (in fact) with the word “modest” is that it doesn’t just mean “covered”… It’s immodest to buy a 200$ t-shirt, wear gold rings that cost 350$ each, and sun glasses that cost 500$… that is immodest and not good for your spirit.

Note that He does not say, “You have heard it was said, you shall not commit adultery, but I tell you that anyone who looks at a woman lustfully has already committed adultery with her in his heart. Unless she’s wearing a mini skirt and kitten heels… then it’s totally understandable why you’d be gawking.”

No, in fact again, there is literally no mention of a woman’s dress code in here whatsoever.

And this is where I believe that the church (just like Gotquestions) gets it wrong.

There’s nothing wrong with wanting to dress modestly (in the sense of covering up). But Christ knows a few things about us as a people that we are not willing to accept and/ or admit. He knows that no amount of “modesty” will ever be enough to sate a men’s lust. This is exactly why Matthew 5 27 exists. Christ addresses MEN on this issue. He makes it the problem of the man. Why? Because it is a man’s problem.

Men are very quick to say in their hearts, “But… she is dressed so sexy. I had to look.” Christ doesn’t give a caveat. He literally says, “But I tell you that anyone who looks at a woman lustfully has already committed adultery with her in his heart.” He doesn’t give any caveat. 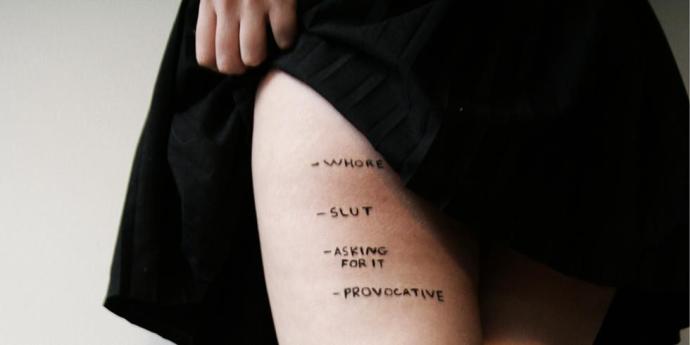 One of the reasons that He doesn’t give any caveat is because A, there was a lot of mixed culture around with Rome, Egypt, and travelers, and Christ knew that in different cultures, different things are considered “modest.”

In tribes in Africa, many of them dress the waist down and to them that is modest. The chest is not immodest, but the underside is VERY Taboo. In California, a woman is still seen as pretty modest if she’s wearing very short shorts and a tank top. Christ knows that different types of dress and nudity will show up in our lives. Do we look away every time that happens? Do we blame the woman and order her to cover herself? Or is it that it is indeed a problem in our hearts that needs to be addressed? And B, He knows that it won’t matter how much a woman is covered up.

I could give you countless examples of how the idea of “putting the blame on the woman” and “making her dress modestly” doesn’t work, but instead, I’ll give you a few.

When this idea is taken to the extreme, this is how women end up in burqas. (And are still raped, and are still blamed for their own rape.)

Take me for instance. I am big right now but when I was thinner I had a very desirable body type. I have/ had a smaller waist, larger hips and an enormous chest. There is literally nothing that I can do to cover my chest. I can put something on up to my neck, men will still stare at my chest. Unfortunately, I’m used to it and don’t really blame them anymore. But there is nothing that can be done about my body shape unless I wear a paper bag all the time.

I was told one time by a pastor’s wife that I needed to “not make my brothers stumble”… At the time I was wearing a peasant blouse, and a skirt that was literally about an inch above my knees. I was flabbergasted.

If men have THAT much of a problem with my body, then the problem isn’t me, it’s in their hearts.

And again, this is where I’m bringing it back around full circle.

I don’t believe for one minute that women should walk around in booty shorts and tube tops. Nor do I think miniskirts and spiked heels are appropriate for church. But no one ever will be able to agree on what is appropriate because something is always more or less appropriate to everyone.

I have a friend who complained that women’s pant suits were too shapely… really? A pant suit?

The problem is that men (especially in this day and age) have trained themselves to see women lustfully, and hence no amount of covering is going to help their “problem”… In fact, it might make it worse. The reason (that it might make it worse) is because it might train them to see Christian women as “undesirable” as they are all wearing overalls, no make up and jewelry, while worldly women look gorgeous (lol).

Instead, you look at all of that stuff and then tell women to cover up more. Full, freaking…circle. Christ addressed men for a reason, and this is that reason. Men blame women, but the problem is men and their hearts.

Until men learn how to stop seeing women as objects for pleasure, no amount of “covering” will ever be enough.

Ladies… Don’t take this as a “go ahead” to wear whatever you want. Use discernment, love God, love your body, and don’t let people make you feel bad if you think you look pretty.

And so, this is what I came to. I use a certain amount of discernment in dressing and I don’t worry about every little curve, bump, and cleavage gap anymore. I’ve lived long enough to realize that no matter how covered I am, I still get stared at and down. 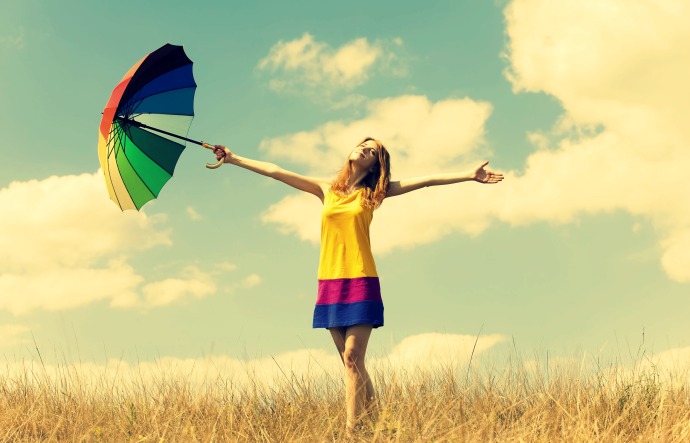